The evidence that almost everyone is exposed during a ‘surge’ and most are immune — Health & Wellness — Sott.net 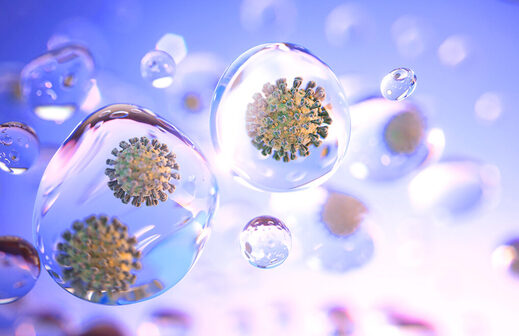 During a Covid surge, what proportion of the population is exposed to an infective dose of the virus, which they either fight off with no or minimal symptoms or are infected by? This is one of the most important questions scientists need to answer.

It’s closely related to the question of whether lockdowns work. If lockdowns work then, as per SAGE and Imperial orthodoxy, the restrictions successfully prevent the virus from reaching most people, who remain unexposed and susceptible – and hence in need of vaccination to protect them when the protective restrictions are lifted. If lockdowns don’t work, however, then they don’t prevent the virus spreading, and thus the majority of people will be exposed to it as it spreads around unimpeded by ineffectual restrictions.

Another related question is: What proportion of exposed people are infected? Using ONS data we can estimate that around 10-15% of the country tested positive for SARS-CoV-2 over the autumn and winter. How many were exposed to the virus to produce this number of infections? Was it, say, 10-20%, with half to all of them catching the virus? Or was it more like 80-90%, with around 10% being infected? It’s a question that makes all the difference in our understanding of the virus and how to respond to it.

If almost all are exposed during a surge, and relatively few of them are infected, then a number of things follow. First, most people have enough immunity to fight off the virus when exposed to it, and only a small minority become infected. Second, the surge ends when enough of that small minority who are particularly susceptible to this virus or variant acquire immunity through infection, i.e., when herd immunity is reached. Third, there won’t be another surge or wave until there is a new virus or variant which evades enough of the existing population immunity to require herd immunity to be topped up via a further spread of infections.

If, on the other hand, very few are exposed during a surge, and most of them are infected, none of these things is true. It means: Most people have little immunity and are highly susceptible. A surge which infects 10-20% of the population has exposed not much more than that. The surge does not end because of herd immunity but because of restrictions. And there will be another surge as soon as restrictions are eased or behaviour changes and the unexposed begin to be exposed again. SAGE orthodoxy, in other words.

The evidence, however, is strongly supportive of the first position – ubiquitous exposure – not the second, limited exposure.

Consider the secondary attack rate (SAR, the proportion of contacts an infected person infects). Data from Public Health England consistently shows this figure sits around 10-15%, meaning around 85-90% of the contacts of infected people do not become infected. It rises during a surge, which is typically due to the higher SAR of a novel variant, and then falls after the surge, as the new variant’s SAR also falls.

Another key data point is the fact that surges consistently peak abruptly and begin to fall, independently of the imposition of restrictions. For instance, as Professor Simon Wood has shown, all three lockdowns in England were imposed after infections had peaked and begun to decline. Similarly, multiple peer-reviewed studies have shown no relationship between the imposition of restrictions and Covid infections or deaths across different countries and U.S. states.

The pattern of abrupt peaks and falls in incidence, independent of restrictions, is strongly indicative of hitting a herd immunity threshold (or overshooting it), as the virus or variant runs out of susceptible people to infect and exhausts itself.

Similarly, when restrictions are lifted there is typically no immediate surge, as there wasn’t in Europe last summer and in numerous U.S. states such as Texas and Mississippi in spring 2021. Surges only tend to occur when a new variant arrives, which again suggests it is not restrictions that are preventing spread to a still highly susceptible population but herd immunity that is preventing it, at least until a new virus or variant arrives to temporarily disturb it.

How, though, does the virus circumvent restrictions to achieve ubiquitous exposure of the population, and apparently without being noticeably even slowed down by the restrictions or voluntary distancing behaviour?

The answer, as I have suggested previously, likely lies in the airborne transmission of the virus. It is likely that the virus primarily spreads through building up to infective levels in the air, and that people are infected by breathing it in (a form of transmission which face masks do little or nothing to prevent). During a surge the virus becomes increasingly ubiquitous in the air at higher concentrations, accelerating exposure and infections until the herd immunity threshold is hit, at which point it abruptly enters decline. This explains why even though it is at its highest point of prevalence and was spreading at its fastest rate just a few days before, it suddenly stops and enters sustained decline. It is hard to see how any explanation other than herd immunity can explain this consistently abrupt change in the rate of virus transmission, particularly as there is no evidence of a similarly abrupt change in public behaviour in the mobility data.

Is there any concrete evidence that SARS-CoV-2 or other airborne viruses like influenza are ubiquitous in the air? Yes, there is. As HART notes in its bulletin this week:

For novel influenza viruses, between 7% and 8% are susceptible and develop antibodies in the first winter, much as we saw with SARS-CoV-2… If a certain proportion of the population are susceptible to infection in any one season, those individuals will end up infected sooner or later, regardless of which day they are exposed.

Studies have demonstrated that influenza is transmitted by aerosol particles and that such particles are prolific, indeed ubiquitous, in all indoor settings during the winter season. What stops people contracting the virus is their level of susceptibility, not their level of exposure.

HART refers to a study on influenza from 2014, which argues:

There are some amounts of the virus in the air constantly. These amounts are generally not enough to cause disease in people, due to infection prevention by healthy immune systems. However, at a higher concentration of the airborne virus, the risk of human infection increases dramatically. Early detection of the threshold virus concentration is essential for prevention of the spread of influenza infection.

The idea of a “threshold virus concentration” at which an outbreak is triggered (rather than just low level transmission) may be important for understanding how airborne viruses spread, and how they can become ubiquitous during a surge. Seasonal factors such as temperature, humidity, UV radiation, human behaviour (e.g. gathering indoors with little ventilation), and cycles in the human immune system may play a role in how easily this threshold concentration is reached.

A study in JAMA tested the air in hospitals for SARS-CoV-2 and found plenty, particularly in the public areas:

There isn’t yet much evidence from other settings, though a study, COVAIR by Imperial College, is underway and the results will be of great interest when they eventually appear.

To my mind, this is the explanation that (at least for now) explains all the known facts better than others – the low secondary attack rate, the ineffectiveness of lockdowns, the outbreaks that explode then suddenly end, the absence of resurgence when restrictions are lifted, the repeated hitting of herd immunity, and so on. At the heart of it is the idea of ubiquitous exposure – that almost everyone, not just a small percentage, are exposed each time the virus passes through, and the vast majority are already immune.

What is it going to take for masks and face shields to end? — Health & Wellness — Sott.net

Obama Blames Trump For His Own Border ‘Cages’